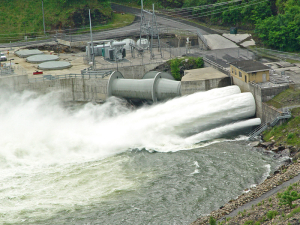 The Gauley Festival is arguably the largest and most renowned river festival in the United States. In 2006, American Whitewater (AW) estimated over 5,000 people attended the event. The festival is a result of whitewater releases from the Summerville Dam. Until now, it hasn’t been fully understood how the festival contributes to the local economy through the purchase of goods and services, by supporting jobs, and by the degree to which the imported dollars stay in the local economy and for how long. The research involved designing and administering a statistical survey of festival attendees to determine their spending and travel patterns. Economic Input-Output modeling was used to determine the visitors direct, indirect, and induced economic impacts on the local economy. This research helps American Whitewater document the boater’s contribution to the local econom